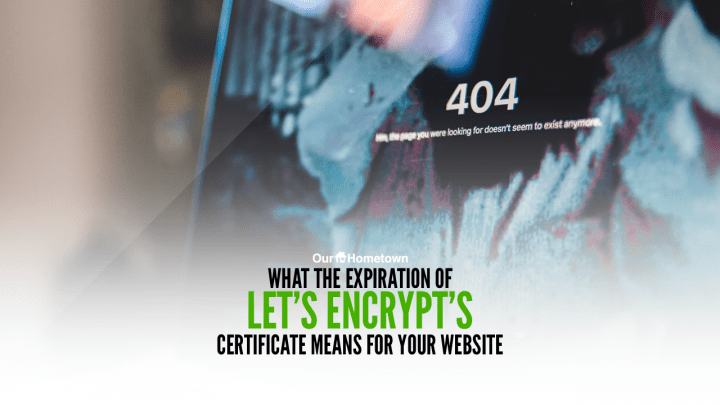 Last month, news began circulating online warning readers that some of their internet-enabled devices may stop working after September 30th, 2021. Now that the deadline has passed, we wanted to make sure our publishers were aware in case they get complaints from readers who are unable to access their website.

The reason is quite technical, and ultimately has to do with the expiration of Let’s Encrypt‘s root certificate. As a result, many web browsers and devices will no longer trust certificates issued by Let’s Encrypt.

TechCrunch.com has published an informative post with more details about Let’s Encrypt, their certificate, and why it has caused some devices to break.

The good news is that the majority of internet users probably won’t encounter any trouble. Most modern devices have already been serviced with updates that address the issue. However, some devices that are older than five years old, such as older smart phones, tablets and gaming consoles may face issues connecting to the internet.

In many cases, the only solution is going to be upgrading to a new device or following manufacturer-provided instructions to update an existing device with a fix.