7 Practical Tips for Local Newsrooms in the Digital Age 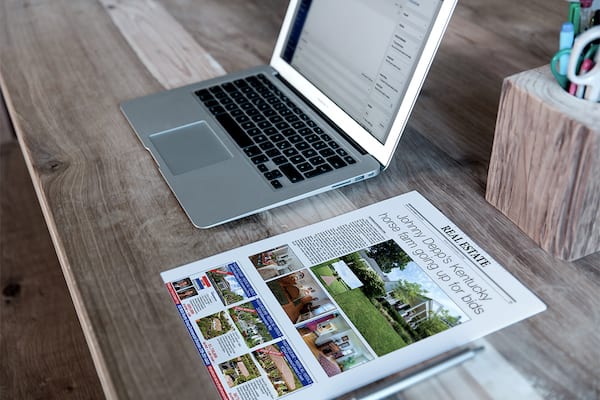 Journalism.co.uk recently posted an article that caught my attention titled, “Doing more with less: seven practical tips for local newsrooms everywhere.” In the article, authors Jaycie Schenone and Damian Radcliffe introduce alternative methods that publications can consider for generating growth and revenue, despite existing in a world where traditional news teams and budgets are on the decline. These ideas were gathered from a conference hosted earlier this year by the Agora Journalism Center in Portland, Oregon, in which editors and journalists from the Pacific Northwest region came together to discuss solutions to the many issues facing the industry. Be sure to read the full article here.

I thought I would share their tips with our readers, as they are universally relevant in the digital publishing landscape.

Tip #1: Content does not need to be perfect to be valuable

The idea of publishing “imperfect” content may seem a bit counter-intuitive to a news editor, but in many cases, anything is better than nothing.

As one example, the article mentions how most publications understand the overall need to be more inclusive to minority groups, but either don’t have the budget or the internal resources to begin. Sometimes they want to wait for the “perfect hire” to present itself, wasting precious time and opportunity that they could be capitalizing on now.

The article notes how one CEO from a major media group has explored the idea of using Google Translate to produce Spanish content for Latino communities. Although he concedes that the software is not perfect, the effort is noticed and appreciated by their Latino readers. It is a valuable temporary solution.

Tip #2: Share resources within a city not just a company

In other words, COLLABORATE!

Instead of competing with other local newsrooms to get the fastest scoop, consider working alongside them to get the most accurate and in-depth story. Share resources such as audio and video clips when needed, or even use a shared byline and publish the story in both publications.

The article relays a conversation with Oregon Public Broadcasting’s SVP and Chief Content Officer, Morgan Holm, in which he recounts how OPB has allowed other news organizations to utilize their drone to record compelling video imagery for a report.

Generally, the people closest to an issue are also the most informed on an issue.

When reporting on a local community issue, it may make the most sense to have someone from the community doing the reporting.

Carl Segerstrom, an assistant editor at High Country News, phrases it best in the article when conveying his goal of “putting the affected voices at the centre of the story rather than reporting from outside the community.”

Tip #4: Ask your audience what they want to know

Another no-brainer, right? You’d be surprised at how many publishers just focus on reporting the general news, and don’t put much focus on human interest stories or features. It is important to interact and engage with your audience to try to determine what kind of content they would be interested in. The group ultimately suggested using comments sections, Facebook pages, and other social media to collect ideas from readers.

The article mentions an example from Seattle’s KUOW Public Radio where they first polled readers for questions they’d like answered, and eventually followed one of these ideas all the way to the bottom of Lake Washington. Their feature titled, What’s On The Bottom Of Lake Washington? Planes, Trains And … went viral.

Tip #5: Pull back the curtain

Give readers a behind-the-scenes look at how you and your staff do your jobs. Get personal with them and earn their trust by giving them insight into your day-to-day operations, and consider doing a series profiling members of your staff like The Seattle Times’ Behind the Byline series.

Of course, social media as well as digital media like Podcasts or Video Blogs are also great ways to connect with your community. And there’s always the old-fashioned way of brushing shoulders with the community at a local event.

Given the “instant gratification” world we live in, where even reporters are racing to break news on twitter and get the most likes, it is easy to simply focus on reporting “breaking” news quickly and accurately. It is understandable, as breaking a major story could lead to huge traffic gains. But don’t get tunnel vision — there is still plenty of value to be had in long-form, in-depth features and special reports that directly relate to your community.

The fact of the matter is that the “news” — the details, the facts, the black & white — will be reported by other outlets, but the imagery and emotion you can convey in a longer “deep dive” piece cannot be replicated. That alone will earn you readers.

In fact, the article mentions that The Seattle Times already considers these type of long-form features a key piece in their strategy to pivot towards a subscription-based business model.

Last but not least, the article suggests that higher education providers are not utilized as much as they should be. A partnership with a college or university could provide access to a group of up-and-coming journalists looking to make a name for themselves, an also may also pave the way to access other technologies and resources, like drones or other audio/video equipment — not to mention a library.

Consider other unique partnership opportunities beyond just partnering with other publications or sponsors.

Again, be sure to read the article from Journalism.co.uk, or view the entire 44-page report, “Shifting Practices for a Stronger Tomorrow” from which the original article was derived.